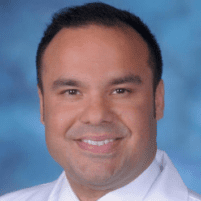 Jasser Thiara, MD, FACOG, is a board-certified obstetrician and gynecologist at Midatlantic OBGYN in Centreville and Leesburg, Virginia. He specializes in minimally invasive robotic gynecological surgery using the daVinci® Surgical System. From the very beginning, becoming a doctor wasn’t simply the goal for Dr. Thiara. It was all about a quest for excellence and becoming the best of the best.

Every decision made about his education and training traces back to this pinnacle premise that he can best serve his patients only when he’s equipped with superior knowledge and experience. Dr. Thiara graduated from St. George’s University School of Medicine in Granada, West Indies. He then completed a residency at Bridgeport Hospital in Connecticut, an affiliate program of Yale School of Medicine and a part of the prestigious Yale New Haven Health System.

During his postdoctoral clinical training, Dr. Thiara was mentored by numerous highly skilled physicians and surgeons, including Yale Medicine’s director of minimally invasive and robotic surgery and professor of obstetrics, gynecology, and reproductive sciences, Masoud Azodi, MD. Like his mentor, Dr. Thiara has received numerous accolades, including being one of the first surgeons in the United States to be recognized by the Center of Excellence in Minimally Invasive Gynecology program, an honor bestowed by the American Association of Gynecologic Laparoscopists and Surgical Review Corporation.

Dr. Thiara speaks three languages in addition to English, including Hindi, Punjabi, and Urdu. When he isn’t busy caring for his patients at Midatlantic OBGYN, he enjoys traveling and checking out all the best restaurants in Northern Virginia, Maryland, and Washington, DC.

Most major insurances accepted. Kindly call the office, should you have any questions or concerns.